HAPPY VALENTINE'S DAY!
CLICK HERE for a BIG DISCOUNT!
Use the coupon CUPID to save 10% on any order !
* Enter this code during checkout, valid through 2023/02/14.
FREE SHIPPING
available at $89
World Stamps & Collections /
World Stamp Packets /
Countries in K
Back 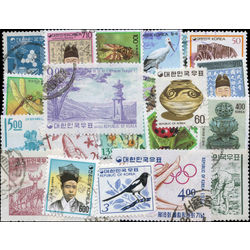 Korea has a postal history going all the way back to 1884. However, at the end of World War II, the country was divided at the 38th parallel into the American controlled South, and the Russian occupied North. At the end of the Korean War, the 1953 armistice kept the country divided at almost the same border. South Korea (or simply Korea) is officially known as the Republic of Korea. Unlike its northern brother, South Korea has diplomatic and economic ties with the west and is a member of the United Nations. 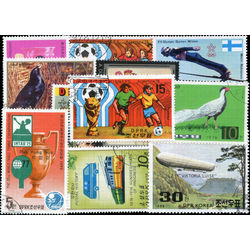