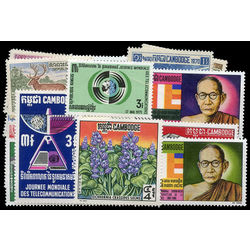 Once a territory incorporated into French Indochina, modern Cambodia is a nation in Southeast Asia in between Thailand and Vietnam. Cambodia has a mainly Buddhist population, and is well known for the famous temple at Angkor Wat, a marvel of ancient architecture. As a part of French Indochina, stamps were issued as such, but upon gaining independence Cambodia began issuing its own stamps in 1951. In 1970, Cambodia became known as the République Khmère, and in 1971 its stamps reflected that name change. 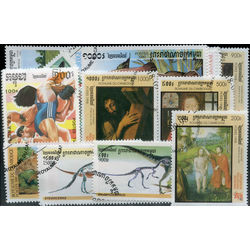