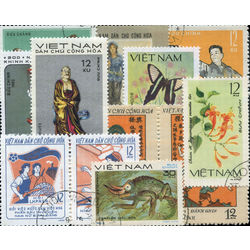 Vietnam is a country in southeastern Asia which follows the coast of the sea from its capital Hanoi, in the north, all the way to Ho Chi Minh City (Saigon) in the south. It is a beautiful land of beaches and rice paddies with an ever-growing economy. The Vietnamese have an ancient cultural history, but entered into the past century as a colony and then finally fighting for independence. Once a part of French Indochina, Vietnam gained its independence from the French in 1950 and issued its own stamps beginning in 1951. In 1954, Vietnam was divided into the North and South, and each sector produced its own stamps. This lasted until 1976, the year of reunification. Now, stamps are issued for the whole country. 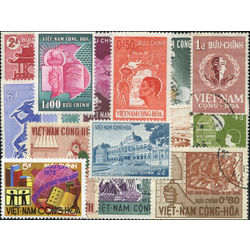