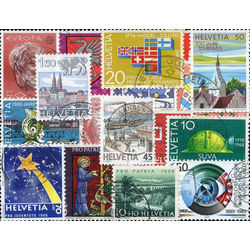 Switzerland is a landlocked European country which borders France, Germany, Italy and Austria. The country is made up of 26 cantons, or member states, which make up the federal state of Switzerland. This nation is well known for its Alpine skiing, chocolate, Swiss watches, International Red Cross organization and majestic landscapes. The first stamps of Switzerland were issued by the cantons of Zurich, Geneva and Basel before confederation. The first stamps of a united country were issued in 1850, however, these stamps were later declared invalid and a new issue was emitted in 1854 featuring the 'Helvetia' figure, a female representation of the nation. 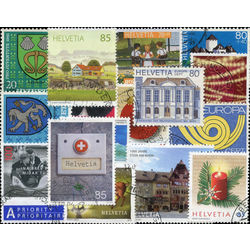