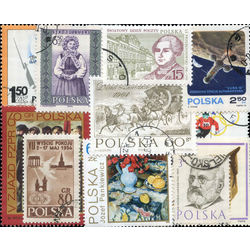 Poland is a country in Central Europe bordered by Germany, the Czech Republic and Slovakia. Poland has a turbulent political history ; it was a Russian province, occupied by Germany during World War II, under Communist rule behind the Iron Curtain, until finally ousting the communist powers in 1989. This country suffered greatly under Nazi rule but it has emerged from decades of tyranny ready to rebuild itself. Poland is also known for being the birthplace of famous composers such as Chopin, scientists such as Marie Curie and Copernicus and the childhood home of Pope John Paul II. Poland has had a postal service since 1558, but its modern postal history begins in 1918.