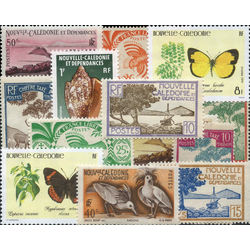 New Caledonia is an island in the South Pacific Ocean discovered in 1774 and nicknamed the 'Island of Light'. Its natural beauty has inspired artists for centuries. The island eventually became a French colony but is now considered an overseas territory. New Caledonia's natural resources have long been exploited by westerners and efforts are being made to protect them. Stamps began being issued in 1860.