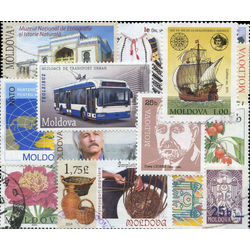 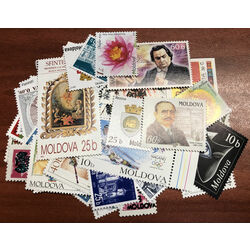 The Republic of Moldova is a landlocked country in eastern Europe nestled between Romania and the Ukraine. It has a long political history which dates back to the 14th century. Moldova was part of the Soviet empire for the latter half of the 20th century. It gained independence from the USSR in 1991 and began its modern postal history in that same year. Moldova is well known for its winemaking and many families have their own vineyards, recipes and techniques. It is a major supplier of wine and farm products for southeastern Europe.