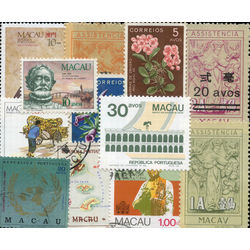 Macao is a special administrative area off the Chinese coast. In 1999, it was handed over to China, but before that, it was a Portuguese overseas territory. It is one of the richest cities in the world, with an economy based on industries such as textiles, electronics and toys. The first stamps of Macao were issued in 1884 under Portuguese administration.