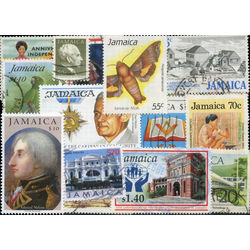 Jamaica is an island nation in the Caribbean Sea near Cuba and Hispaniola. The island was once a Spanish colony named Santiago; in more recent times it was a British colony. Jamaica gained independence in 1962, but remains a part of the Commonwealth. As far back as 1671, mail was being delivered on horseback, and the postal service of the island remained a British responsibility until 1860. The first stamps used on the island were stamps of Great Britain issued in 1858. Jamaica is well known for its tasty, jerk cuisine, reggae and as being the birthplace of Rastafarianism.