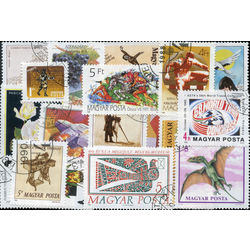 Hungary is a country in Central Europe near Austria. Once part of the Austro-Hungarian Empire, as such Hungary was a great world power. Unfortunately, Hungary lost a lot of its power and two thirds of its territory after World War I. In the years that followed the country went through many governments until finally becoming a communist state. It is now a republic. Hungary has a rich heritage and counts many artists and great inventors as its citizens. In fact, the inventor of the Rubik's cube was Hungarian. We can also thank Hungary for introducing paprika to world cuisine. Hungarian postal history goes back to 1871.