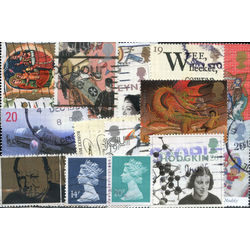 Great Britain is an island nation off the continent of Europe. Officially known as the United Kingdom of Great Britain and Northern Ireland, it is more commonly referred to as the UK. It is a constitutional monarchy, with Queen Elizabeth II as its head of state, made up of England, Northern Ireland, Scotland and Wales. Great Britain has the distinction of being the birthplace of the modern postage stamp. Postal reform became necessary due to the heavy financial losses incurred by the old system. The first prepaid postage stamp was issued on May 6th, 1840, and was named the Penny Black; up until this point, letters had been paid upon receipt. In 1841 the Penny Red was issued when it became obvious that black was a bad colour choice for a stamp, since the cancellation could barely show, if at all. Great Britain does not print its nation's name of its stamps, since in the beginning they were only meant to be used within the country. Up until 1950, stamps almost exclusively showed an illustration of the reigning monarch, but soon commemorative stamps began showing up. In 1965, with the popularity of commemorative stamps growing, the postmaster decided that on stamps not featuring the Queen, a small silhouette of her profile would appear as the national symbol in the corner of the stamp. That design continues until this day. 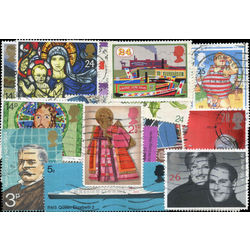