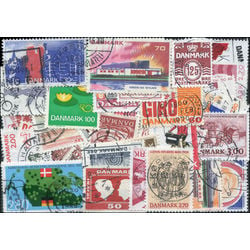 Denmark is a Scandinavian country located in northern Europe. It is bordered by Sweden, Norway and Germany. Denmark is a constitutional monarchy with a parliament. Surveys rank it as the happiest place in the world due to its superior social services and peaceful regime. A postal service began in 1624 with mail being carried by foot and later by horse riders. In 1851 Denmark issued its first postage stamps and continues to do so until today. Even during the German occupation of WW2, Denmark continued printing its own stamps with no Nazi marks ever making it onto the design of their stamps. Denmark produces high quality stamps and generally produces 20 issues per year.