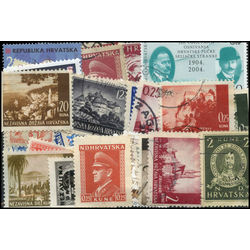 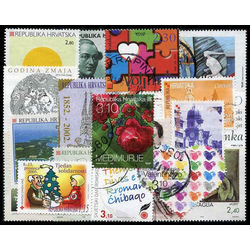 Croatia is a country in South East Europe near Serbia, Bosnia and Hungary to the north. Culturally, it has a rich heritage. The first fountain pens come from Croatia and it is the birthplace of the necktie. Croatia also boasts seven World Heritage sites, several famous figures and three Nobel Prize winners. The postal history of Croatia began in 1918. This was interrupted in 1921, but with the creation of the Independent State of Croatia, stamps were issued once again in 1945. Stamps continue to be issued today under the Republic of Croatia.