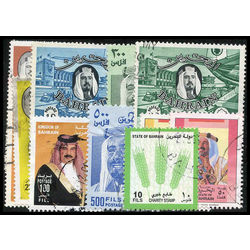 Bahrain is an Arabic island country in the Persian Gulf, with its name thought to be the Arabic term for "two seas". Bahrain's civilization goes back to ancient times and has been governed and overthrown many times in its history. Now Bahrain is considered a constitutional monarchy with a King at its head and a Prime Minister as head of the government. Mainly Muslim, Bahrain does have a reputation for tolerance probably due to its frequent dealings with other nations over its oil production, as well as a strong middle-class.