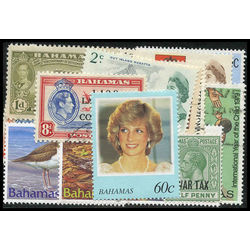 The Bahamas are a member of The Commonwealth of Nations with Queen Elizabeth II as their head of state, and a governor-general acting as her representative. Bahamians speak English and an island dialect influenced by English, African languages and native tongues. This archipelago off the coast of Florida is well-known for its breathtaking natural beauty and clear ocean water. As well, during its pirate days the infamous Blackbeard docked there. Tourism and offshore finance contribute to the islands' support.