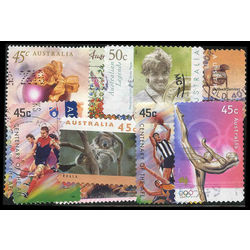 Australia, the "Land Down Under", is located in the southern hemisphere and includes the mainland, New Zealand and some little islands in the Pacific. Indigenous peoples inhabited it until the Europeans arrived. As a British colony, it was used by that nation as a penal colony and eventually settled by those sent there under penal servitude when they were released. In 1901 it became the Commonwealth of Australia. Known for kangaroos, BBQ and who can forget Crocodile Dundee!! While different self-governing areas of Australia had their own postal issues for awhile, most agree that postal history officially begins in 1913 with the first stamp issue being released featuring a red one penny map and kangaroo. The design was developed from entries by contestants in a stamp design competition. Australia continues to issue interesting stamps featuring local culture, fauna and flora, as well as persons of importance to the nation. 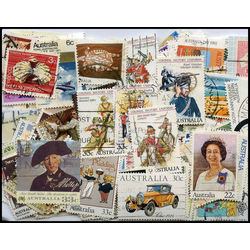