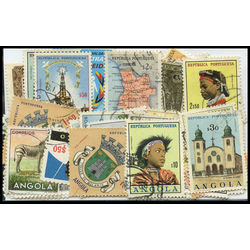 Angola is a coastal county located in south-western Africa. It is a producer of diamonds and oil, but is a poor nation which has low life-expectancy and high infant mortality. It was a colony of Portugal beginning in the 1500s, and during that colonization used their mail service. Independent Angola began issuing its own stamps in 1975, with the 1990s seeing an increase in postal product.