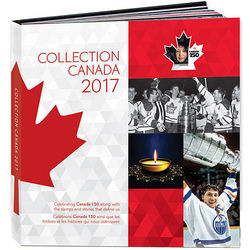 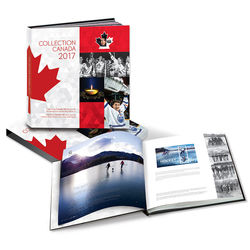 SKU: COA-2017
The 2017 Canada annual collection is very hard to find and significantly undervalued in the catalogue!
USD $199.95
Out of Stock

In 2017, Canada celebrated its 150th birthday as a nation. This year’s Canadian stamps, each one featuring a tribute to the sesquicentennial, are the perfect way to remember the year that was. Annual collection #60.

They’re all here, one of every stamp design – from an issue featuring Mathieu Da Costa, the first person of colour to arrive in Canada whose name survived history, to the 50th anniversary of Formula 1TM in Canada; from stamps celebrating the diversity of the country through Eid, Diwali and Hanukkah to the 100th anniversary of the Toronto Maple Leafs® – and of course, our special Canada 150 issue that honoured 10 milestones from our past 50 years.

This year, we reached beyond our borders. Within these pages, you’ll find the story of Canadian valour depicted on our Vimy 100th anniversary joint issue with France’s La Poste. We proclaimed our love of hockey, captured in a joint issue with the United States Postal Service and produced our first ever joint issue with India Post. Closer to home, we honoured Canadian opera, saluted captains of the Star TrekTM universe, and marked the 1917 Halifax Explosion and the city’s indomitable will to survive. 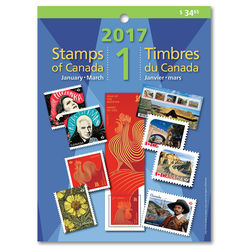 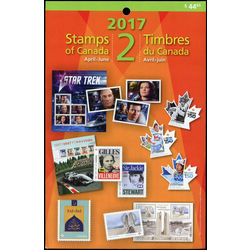 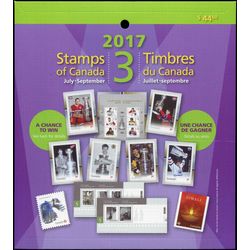 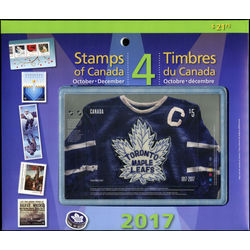